Toogenblik one can define best with the words “small but finely”.

Indeed, this small club has the charm of a sociable house chamber and one feels at home there immediately. The fraaie decoratie, with a complete list region beers, gives that warm feeling which has everyone sometimes necessary to people. As a matter of fact, that region beers (and all other spirits) are in Toogenblik still available against héél payable price. The impact of drinking those straffe beers is of course for an everyone another tale.

We can describe the club TOOGENBLIK the best as “small but nice”. Indeed, this small club has the charm of a cosy living-room and you can feel yourself immediately at home. And the lovely decoration, together with a whole list of Belgian beers, give the people the warm feeling everyone needs from time to time. As a matter of fact, those beers (and all the drinks) are in Toogenblik still at very modest prices. The consequences of drinking those strong beers are an other story, of course…

But since 1986 Toogenblik (before the name of the club was ‘t Sleutelgat) has a good reputation of bringing quality-music. The small stage is for artists with a great heart for folkmusic/singer-songwriters/bluegrass and other roots-music. The most enjoyable is of course the close contact between the public and the musicians, which results in a more relaxed atmosphere.

Toogenblik is not a concert-hall with hypermodern sound equipment, but a simple club/bar with a quite ordinary service and technical stuff, but that changes nothing to the pleasure of listening.

Situated in the NE of the Brussels city-center – Haren, together with Laken en Neder-Over-Heembeek, has been part of Brussels since 1921 – Toogenblik seems far away, but it isn’t. And for the cars there’s always a place to park.

To give a list of all the national and international artists who played in Toogenblik, it would bring us too far. A lot of them had their debut in Haren and other ones were still unknown then, but are now more or less famous in the music-business.

So, it is worth passing by once at Toogenblik…you know, it’s such a dark bar where the atmosphere and ambiance is more important than the commercial aspect…that’s how we like it, also in the 21 century…Cheers !! 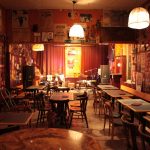 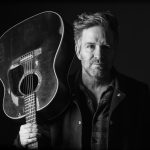 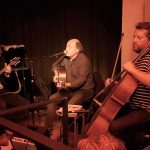